I had a beautifully long post here about a very strange dream I had.

I met comic author Lea Hernandez and her son at the supermarket, and they helped me find the right yarn for the project I want to knit (it was in the refrigerated section between the Coca Cola and the milk), and we all got free cookies that Fox picked out because i won a contest at the supermarket.

Then I went to a party with my friend Steen and her daughter at a ski lodge, where some of the guests from another party, including Neil Gaiman, thought our party was cooler so they joined us. (Neil had planned to hang out with Scott McCloud and Amanda Palmer, but Scott was sick and Amanda was in New Zealand. Scott, if you’re reading this, get well soon! Amanda, I don’t know if you’re really in New Zealand right now, but it sounds awesome.)

Then we all went back to my house (which wasn’t my house – it was located where my parents house is, but it was my friend Camille’s parents’ mountain cabin from that trip we took 20 years ago) but we got lost on the way. This happens so often in my dreams that it didn’t even stress me out (this time). Friends shouldn’t let friends dream and drive. But if you have to dream and drive, it helps to invest in a good dream-based GPS, which apparently I had with me, in the purse I carried in high school.

Once at my house, we figured out who would be sleeping where (Steen and her kid got the big bed because there was a Tinkerbell decal with “Christine” over the bed, and Neil Gaiman was totally OK with taking one of the two twin air mattresses on the floor. My brother took the other one.) and we got down to the task of partying, which consisted of some people jamming on the guitar, others talking about writing, and still others playing Killer Bunnies.

The reason I wrote this beautifully long post was because as I wrote it, I realized that a whole bunch of situations that would have totally stressed me out when awake (like, how do you ask an autistic kid to help you at the supermarket? Is it rude to just assume he could and would help? And how do you say “Just pull up a chair,” to Neil. Fucking. Gaiman? And is it really OK to give the only guest bed to the person with the kid when you have people with bad backs and people who get cold easily and famous people in the house? And why do all my dream parties look like high school theater cast parties?) totally failed to stress me out at all.

In fact, I woke up because in the dream I was starting to stress out about what I looked like and suddenly had the need to put makeup on (which, by the way, I screwed up. I painted lip gloss on my eyeball, trying to use the lip gloss as eye shadow) and guests started asking me questions like “Do you really think Neil Gaiman wants to be at YOUR party?” and I realized I must be dreaming because I hadn’t been stressed out about this stuff the whole night and it was stupid to put on makeup just because someone famous I wanted to be friends with was at my party.

It turns out I am a much better person when my left brain is asleep, because my right brain doesn’t care if people might be offended or might think I’m a no-talent hack or stupid or ugly or I haven’t updated my comic in months. My right brain says, “say hi, be polite, and you might get something awesome.”

My left brain tries to put green lip gloss on my eyeball to make me look pretty for my guests, all the while telling me I can’t possibly look pretty enough for them to like me. Like whether I look nice was going to matter to Lea Hernandez and her son.

And then I had to exit the post for a split second because of an incoming text message, and WordPress ate the entire goddamned beautiful post.

I lost easily a half hour of writing, nuance, and description on a dream that it now rapidly fading from my mind as it’s replaced by grouchy dog whining.

First, do not start playing Fallen London on Echo Bazaar. It’s a deliciously dark choose-your-own-adventure-style text adventure set in a steampunky Neverwhere-like underground London (which is quite a different thing than the London Underground).

You don’t want to play, because it’s weird and warped and fun and addictive and you only get 70 turns a day. You most certainly don’t want to look for me (@kirabug), because then you’d also be following me on Twitter and I post weird stuff and complain all day.

I’ll see you there.

Third, here are some weird videos.

Here’s another roundup of weird shit brought to you by the Internet.

Oh, and finally, this keeps cracking me up on TV:

I think Twitter’s just randomly redisplaying my favorites now, so that ought to hold you for a while.

Via Scott McCloud on Twitter (and numerous others before him, by the looks of things) Can Do – And the Pursuit of Happiness Blog – NYTimes.com. An interesting comic (of sorts, the Times calls it an illustrated blog), in this particular case about Benjamin Franklin. The rest of the entries post once a month but I haven’t had a chance to read them yet. Worth checking out 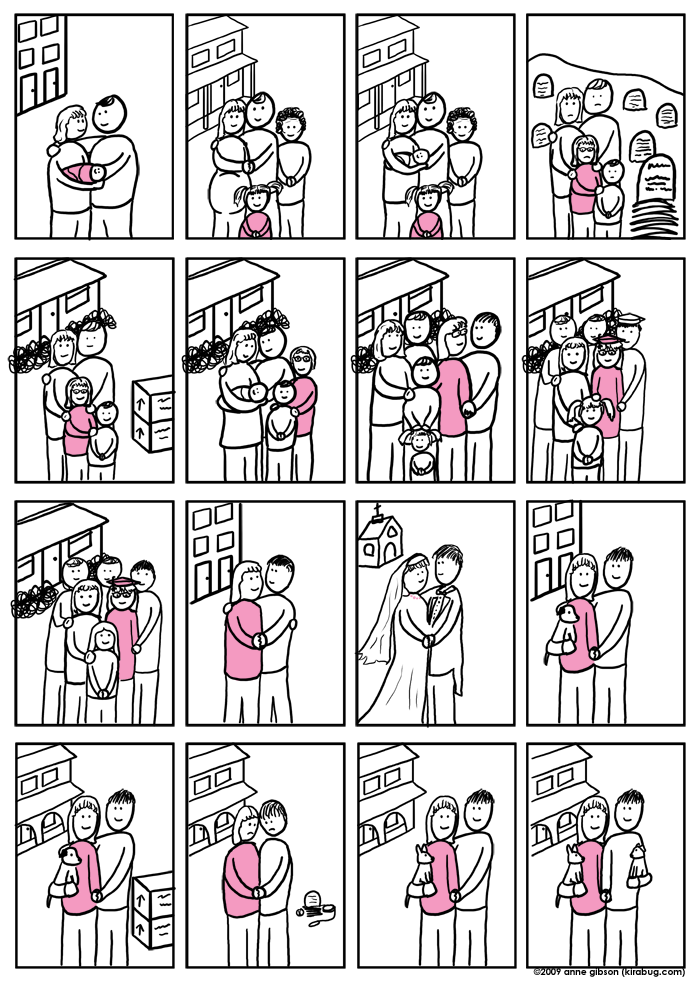 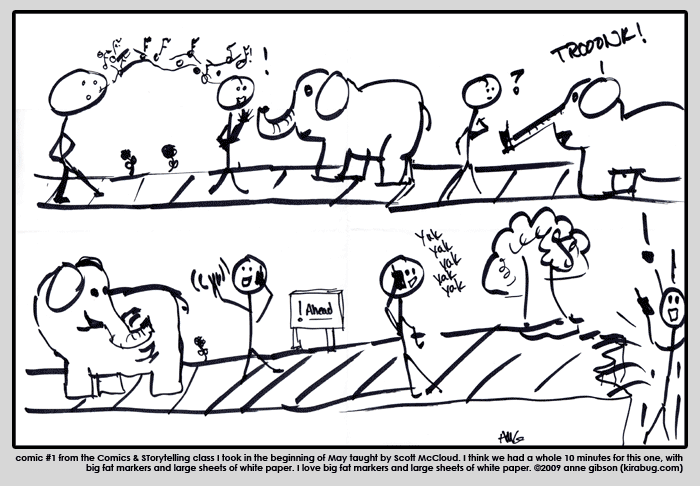